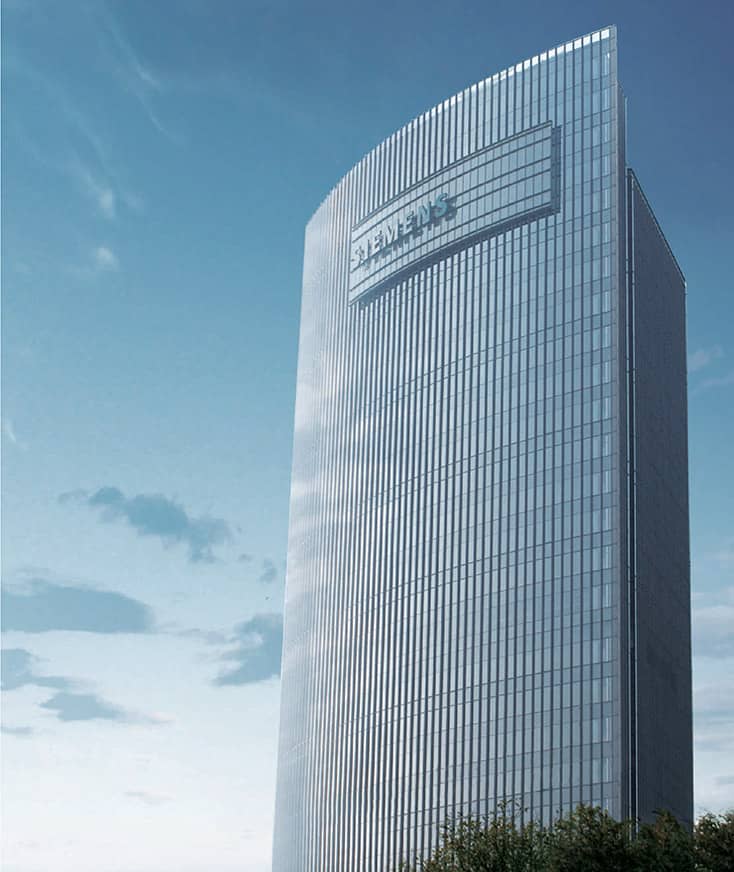 Siemens is the world’s largest electrical engineering and electronics company. It has employed 761.000 employees globally and achieved sales of €75.445 Billion and a net income of €3.058 Billion.
Siemens has more than 900,000 shareholders. Its business covers over 190 countries worldwide, with more than 600 factories, research and development centers and sales offices. Siemens’ global R & D centers, with their 32000 R & D staff, are committed to delivering the necessary technical innovation for the company to maintain and further enhance its market leadership. In the fiscal year of 2010, the Group applied for 8,929 international patents. The Group’s business focuses on six areas: information and communications, automation and control electric power, transportation, medical technology and lighting.

Siemens History and Contribution to Human Civilization:
– In 1847: Siemens was founded by the inventor and scientist Mr. Werner von Siemens in Germany.
– In 1847: invented pointer telegraph, laving the foundation for development of modern communications.
– In 1866, created the first generator and the first DC generator.
– Invented electric train in 1879, the first tramcar in 1881 and the first trolley bus in 1882.
– In 1880: applied the generator technology to elevators, inventing the world’s first real elevator.
– In 1882. took the lead in applying X-rays to medical diagnosis, making a great contribution to the development of modern medical diagnostic technology.
Having delivered multiple great inventions. Siemens has long established its leadership in electrical manufacturing since 19th century.
-Since the 20th century. Siemens has begun its full business cooperation with China. Famous projects include Guangzhou Metro, Shanghai High-speed Maglev Train and the transportation project for the Three Gorges of the Yangze River.
– Transformer units. D-CDMA communication protocols, etc.
– From its foundation till now: Siemens has never stopped its efforts to innovate and contribute to the progress of human civilization.

The world’s first elevator was manufactured by Siemens
In 1880; Siemens’founder Mr. Werner von Siemens hosted the installation of the world’s first power-driven elevator in the 20-meter-high sightseeing tower for Hemem Industrial Fair. The elevator operates at a speed of 50cm per second, transporting 8000 passengers per month for the Fair without causing any accident.

The pioneer for the first elevator in China, Shanghai Club (formerly Dongfeng Hotel)
In 1910; the Club was installed with a wooden triangular elevator car produced by Siemens which became the first elevator in China.
100-year-old building Having endured the Pacific War. the Second World War and the Anti-Japanese War. it has turned from the most luxurious club in old Shanghai to Hilton International Hotel, with the Siemens elevator still running in a good condition.

The Group is called the “Father of Vector Technology”. Siemens elevators PLC control systems serve as a textbook example  in the control technology for elevators and a R&D basis for such control techniques of many  brands. Siemens has led the industry in adopting the most advanced processing technique of militart-grade dual 32-bit computer chips for its elevators.

The door system for elevator is Siemens’ key product  whose development has come from years of technical experience, research and development . THe product enjoy a huge market share and excellent reputation in Europe and America maintaing  its top position in the elevator industry. Siemens’ door systems are adopted by some high-end elevator models made by elevator-manufacturing giants such as America’s OTIS and Japan’s Mitsubishi. 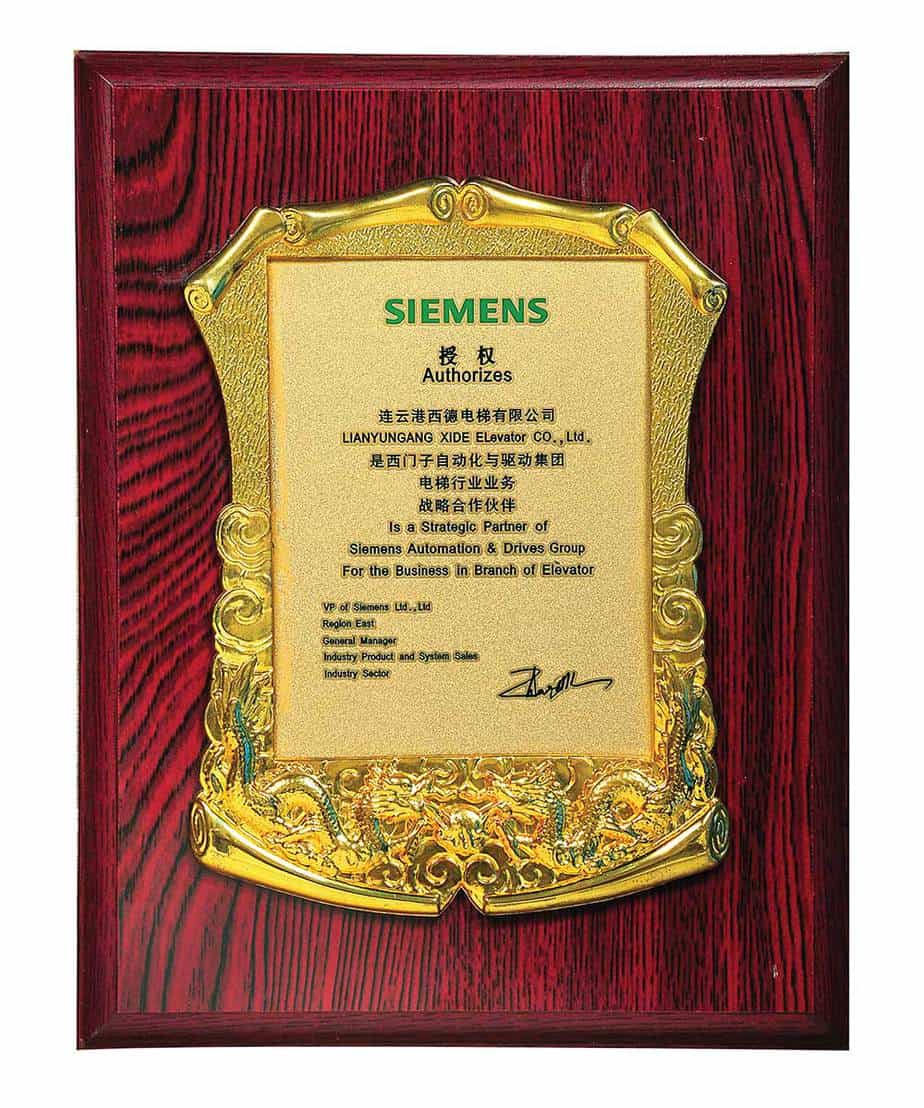 XIDE Elevator Company is located in the beautiful seaside city of Lianyungang City in Jiangsu Province a professional elevator supplier based in China, XIDE has been committed to providing its customers high-quality and all-round elevator products and services, including elevators for passengers, sightseeing villas, hospitals, freight, escalators and moving pavements. The company integrates elevator research and development, design, manufacturing, sales, installation and maintenance services.
SIEMENS Group, with annual sales of €75,500,000, is the biggest electric engineering and electronics company in the world. It has 761,000 employees and more than 600 factories, R&D centers and sales offices all around the world. There are 32,000 R&D personnel who are dedicated in providing technological innovation to maintain and further improve the market leadership of company in SIEMENS global R&D institution.

With the registered capital of 200,600,000 Yuan, its plant covers an area of 105,000m2, and the building area for R&D, design, manufacturing and production of 425,00m2. There are 4 elevator testing positions in 88 meter high testing tower. Annual production capacity of the company is 20,000 sets.
The company has Class A Manufacturing License and Class A Installation and Maintenance License issued by State General Administration of Quality Supervision, Inspection and Quarantine of the People’s Republic of China (AQSIQ). It has got ISO9001: quality management system certification in 2008, ISO14001: environmental management system certification in 2004, OHSAS1B001:2007 professional health safety management certification, China Environmental Label Product Certification and National Comfortable Housing Certification. Nearly 20 utility model patents and invention patents have been got by the company.